A year of Pandemic has passed, and thanks to Ogilvy Consulting, and for the second consecutive year, this digital event was free for anyone interested in Behavioral Science.

When Ogilvy introduced the line-up for Nudgestock2021, little did we know what a creative day this would turn out to be. The globe’s virtual festival kept most of us stuck to our screens for 12hours straight. For a team of psychologists trying to run a TV Show, as Sam mentioned, Tara, Sam and Rory did a heck of a job...hats off to you all.

So many ideas and case studies were discussed on this day. Creative insights from an incredible line-up that spoke about climate change, mindfulness, marketing and other Behavioural Science related topics...and let us not forget, for one day only, the BS Workshop with a new tiny product for better eating. 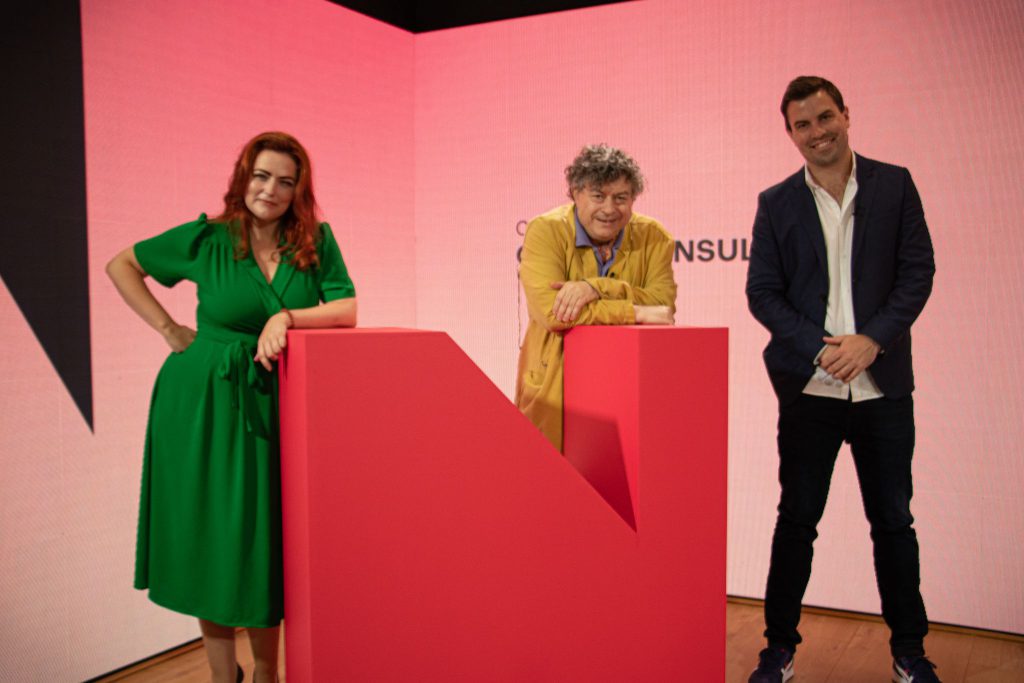 See a Cognitive Bias, Mental Model or Dark Pattern explained every time you open a new tab to help improve your decision-making process.

Add to Chrome Add to Edge

See a Cognitive Bias, Mental Model or Dark Pattern explained every time you open a new tab to help improve your decision-making process.

BrainyTab is a desktop browser extension. Click the button below and we'll send you a download link to get it when you're back to your desktop.

The speakers that caught our eye this year: 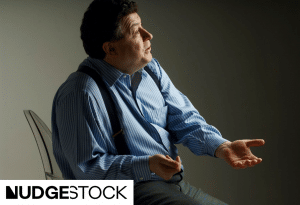 Rory Sutherland - Is everything BS?

The answer to this, as Rory explained, is not quite...but most things are.

Do’s and Don’ts
Do not try to go into a problem and think it needs to be solved just by using Behavioral Science. 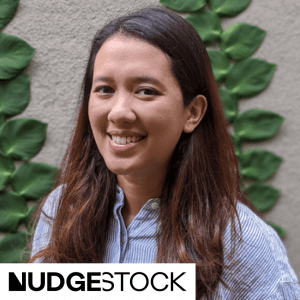 Cinta spoke about two case studies that worked on environmental issues in Indonesia.

In Indonesia, Peatland is very important. It holds a lot of CO2 emissions and is home to a variety of species.

Peat is an early stage of coal, and like coal, that is highly flammable. The dried peatland quickly goes up in flames and then can smoulder underground for months until the rainy season starts. When peat catches fires, it releases up to ten times more carbon than forest fires. Environmental NGOs (ENGOs) have an essential role in protecting tropical peatlands from the palm oil and timber industries.

Cinta and her team work together with the environmental NGOs to develop an app available to all the people living around the peatland area who want to report any issues regarding the peatland.

Indonesia is the largest archipelagic country in the world and the world’s second-largest producer of seafood. The country’s waters support over 3,000 species of bony fishes and more than 850 sharks, rays, and chimaeras. A significant proportion of the catch is consumed in dried, salted, smoked, boiled or fermented form, while 46 per cent is consumed fresh.

In this case study, Cinta, her team, and other environmental NGOs are looking to find a narrative on increasing awareness and understanding of sustainable fisheries.

Book Recommendation:
Seeing Like a State by James Scott 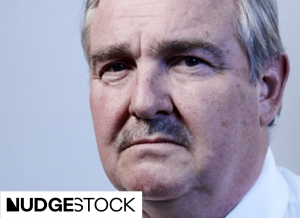 As the Deputy Head for the Centre of Psychedelic Research at Imperial College in London, he certainly knows the science behind the damaging effects of alcohol on the body. David’s topics were on drugs and how they can change behaviour for better and worse.

There were a few issues with the connection, but Tara was on the ball. Her knowledge is impressive, and seeing this was Tara’s favourite subject, she took control of the situation and presented the second part of David’s topic.

Clare spoke about digital health and wellness. Together with her team, they are building new processes to bring behavioural science into the company's day-to-day operations at scale.

Watch below what were the learnings that Clare and her team discovered from the project (min 3:28:44): 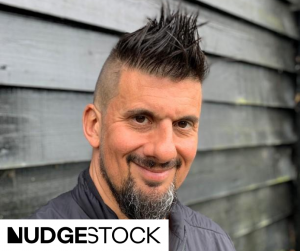 How do you feel? How motivated are you? How connected do you feel with your family and friends?

These are a few of the questions we ask ourselves the most, especially in these difficult times. Of course, most of us might give an honest answer if we feel physically under the weather. But when it comes to our mental health, it’s different.

The word is 'Today.' Rob believes that when we ask 'How are you today?' instead of just 'How are you?', it transforms the question to focus on a specific point in time.

Rob is the creator of FormScore, a simple concept that gives us a new language to track our mental wellbeing with a score. 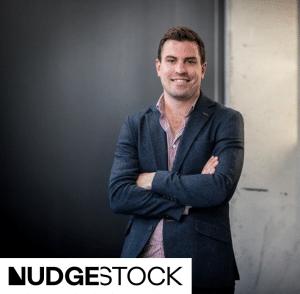 Sam talked about the assumption that we have when it comes to innovation and ideas, and what if this is a big mistake? Do ‘Big Problems need Big Ideas’ or ‘Novel Problems require Novel Ideas and Solutions’?

The example here was the Tokaido Shinkansen. This is a shinkansen line connecting Japan's three largest metropolitan areas (Tokyo/Yokohama, Nagoya and Osaka/Kyoto). It is Japan's best-used shinkansen line with departures every few minutes.

Eiji Nakatsu was the general manager of the technical development department for the so-called 'bullet' trains of Japan, famed for their speed and safety record. After attending a 1990 lecture on birds by an aviation engineer, Nakatsu, who is also an engineer, realized studying the flight of birds could bring his train, and us, into the future.

Watch Sam’s talk on Biomimicry below (min 5:27:14) - the practice of looking to nature for inspiration to solve design problems in a regenerative way: 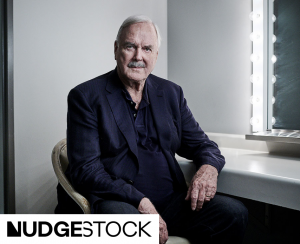 Creativity is usually regarded as a mysterious, rare gift that only a few possess.

Anyone who's a fan of Monty Python knows that Cleese is pretty funny, but this year at Nudgestock, Cleese got slightly more serious when he talked about how he'd spent the past 55 years studying creativity.

‘If you start getting critical too soon, you’re gonna kill the creativity’ - John Cleese 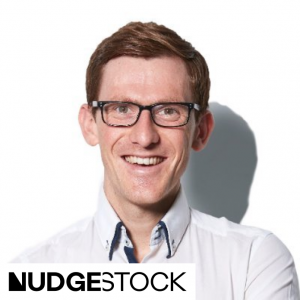 Pete Dyson - Are We Nearly There Yet?

In a short presentation, Pete gave us insights into his upcoming book on transport design and passenger psychology. Pete is co-author of this book together with Rory Sutherland.

‘Since we’re using a Stone Age brain in a high-speed world, transport systems should really be built to adapt to us, not the other way around.' - Pete Dyson

Book Recommendation:
Transport for Humans: Are We Nearly There Yet? by Pete Dyson and Rory Sutherland (coming soon - Nov 2021)

Recommended Article:
'We sent a man to the moon before we put wheels on a suitcase' from 42 Courses.

Dan Ariely and Rory Sutherland - If I were you...

The two masters of Behavioral Science answered questions from Nudgestockers.

From A to B, differently by Rory Sutherland 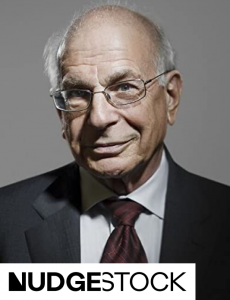 Many errors of measurement arise from a combination of bias and noise.

Noise teaches us how to understand all of the extraneous factors that impact our decision making and how to combat these to improve our collective thinking because, for every decision, there is NOISE.

Kahneman’s book discusses many different types of noise, but the most significant discussion relates to system noise, the variability in decisions arising in systems meant to produce uniform judgements. 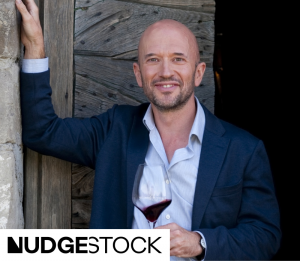 Joe’s presentation was a mixture of wine knowledge and Behavioural Science value.

‘The right wine depends on the frame, the situation’. - Joe Fattorini

When trying to sell wine, it is not always enough to make a quality product. The wine may taste exquisite, but if it is not marketed effectively, sales could suffer. A marketing strategy consists of four elements (known as the four Ps of marketing): product, place, price, and promotion (Wander 2007).

This takes me back to Rory’s Nudgestock 2020 talk on Reframe Capitalism and the psychological explanation of why fish tastes better when you are by the sea.

If you are a wine lover, you might want to check out Joe’s wine discovery platform, Pix.

Case Studies From Around The World

This year’s Nudgestock brought a few case studies that involve CREATIVITY. Here are a few timely nudges that can come in some highly creative forms.

A yearly physical exam is a crucial step for identifying cervical cancer. In the Amazon, where there are no roads or cell service, and where women are three times more likely to get the disease, regularly reminding women to get screened is difficult. Hermes Pardini and the Pará State Dept. of Health came together to find a solution—and they looked to the natural world for inspiration.

Read more on this case study.

Ogilvy Colombia reinvented the most affectionate Andean tradition in an effort to save lives. Over 300.000 children living in isolated communities in the Ecuadorian Andes suffer from chronic undernourishment, with almost no periodical medical visits.

To help, they took inspiration from the Sikinchi, a blanket that mothers use to carry their babies securely, and created the Mother Blanket. Taking cues from the traditional Andean textile, the Mother Blanket features the OMS Healthy Growth chart directly sewn into the design, printed in local dialects for mothers to easily understand.

What happens when a hurricane causes a fish to escape from an aquarium in Florida and threaten the ecology of Columbia.

Lionfish do not belong in the tropical Atlantic. Their natural domain is in the South Pacific and Indian Oceans, where they are a normal and healthy part of reef ecosystems. But about 30 years ago, the red-and-white striped fish showed up off the Florida coast. They’ve expanded quickly since, bulldozing native fish populations in the Caribbean and up the Eastern Seaboard.

Lionfish is now seasonally available in the Caribbean and at restaurants and grocery stores in Florida.

4. The Real Surprise of Christmas - ALDI

People view the world relatively, not absolutely. We are often looking for reference points to help us guide our decisions on what is valuable or even what is tasty.

From a study panel of consumers, a large percentage preferred products when the posted prices were higher. This case study shows us how pricing impacts the consumer's perception of value.

5. How Behavioural Science decreased antisocial behaviour in London - under siege from widespread rioting and looting

Members of the local community were asked by Ogilvy to submit their baby photos. The agency then commissioned internationally renowned street artists to bring the pictures to life and onto the shop fronts of local businesses.

This year, Ogilvy joined forces with Nudgestock’s audience to help solve a Behavioral Science challenge. With some lateral stimulation, Dan Bennett and the Big BS Workshop team guided us throughout the day and encouraged us to 'think outside the box’ and submit BS ideas based on the provocations from the research.

NanoSalad is a tiny tool that you can add to your better-eating. NanoSalad's tiny flakes deliver dense plant solids and intense fibre to keep your digestive system thriving.

See below how the workshop progressed through the day (min 2:38:30):

This year over 25,000 people tuned into the biggest festival of BS and Creativity from all around the world.

Thank you, @ogilvy, for such a brilliant day.

#Nudgestock2021 Fun Facts:
Aloha Friday has been a part of the Hawaiian culture since the 1930s. ‘Aloha Friday’ officially began in 1966 when the president of the Bank of Hawaii (Wilson P. Cannon Jr.) started wearing an aloha shirt to work on Friday.